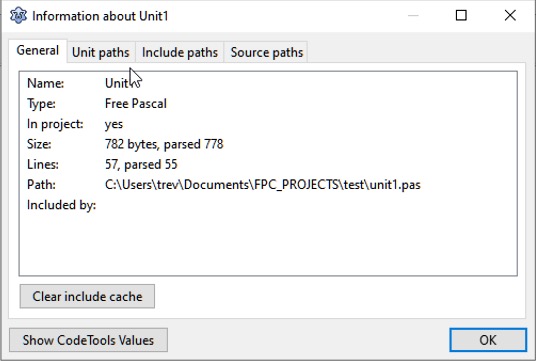 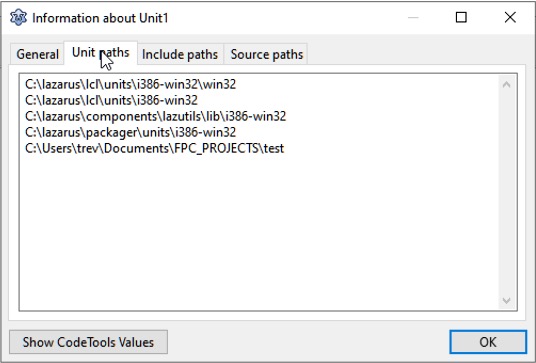 These paths are created by the rules in the Tools -> Options -> CodeTools defines editor. All files in a directory share the same search paths (unit paths, include paths, ...). If this a project directory, all project unit paths are added. If the directory belongs to a package its unit paths will be added. If you put a project and a package into one directory, both paths will be added. That it why it is recommended to give packages and projects directories of their own.

Normally the difference does not matter. The compiler is invoked in one directory with a set of search paths. For example: There are 4 packages: 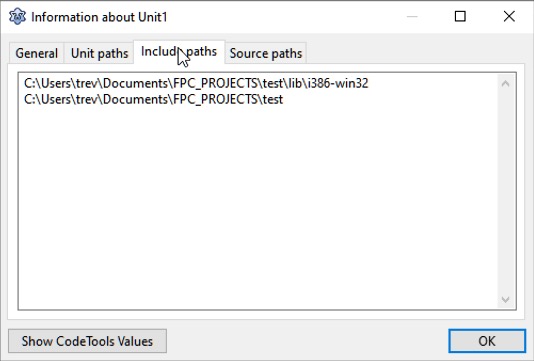 Same as unit paths, but for the include paths. Search paths for include directives
{$I filename.inc} or {$INCLUDE filename.inc}. 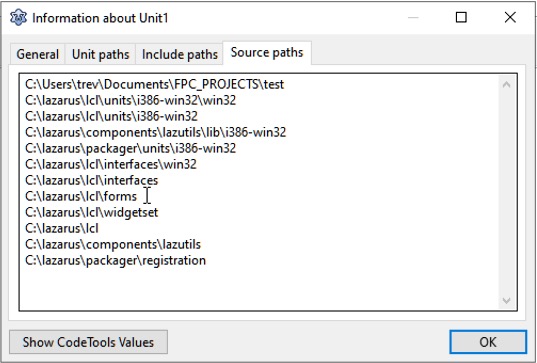 This is the unit path plus the compiled source paths.

The OK button dismisses the dialog.