All shortcuts can be edited in the Tools > Options > Editor > Key Mappings and the preset schemes can be loaded using the Choose Key Mapping Scheme dialog.

For what does each shortcut does, see the Lazarus tutorial.

The default key mapping for Windows fits quite well under Gnome.

The default key mapping for Windows fits quite well under KDE. Some keys like F9 are used by KDE.

macOS has quite different key policies. For example most F keys are used by the OS, there are no menu Alt shortcuts and there are substantial guidelines (contrary to Linux and Windows where only a few keys are standardised to work the same under all programs).

Xcode is Apple's own integrated development environment. Here are the Xcode shortcuts: 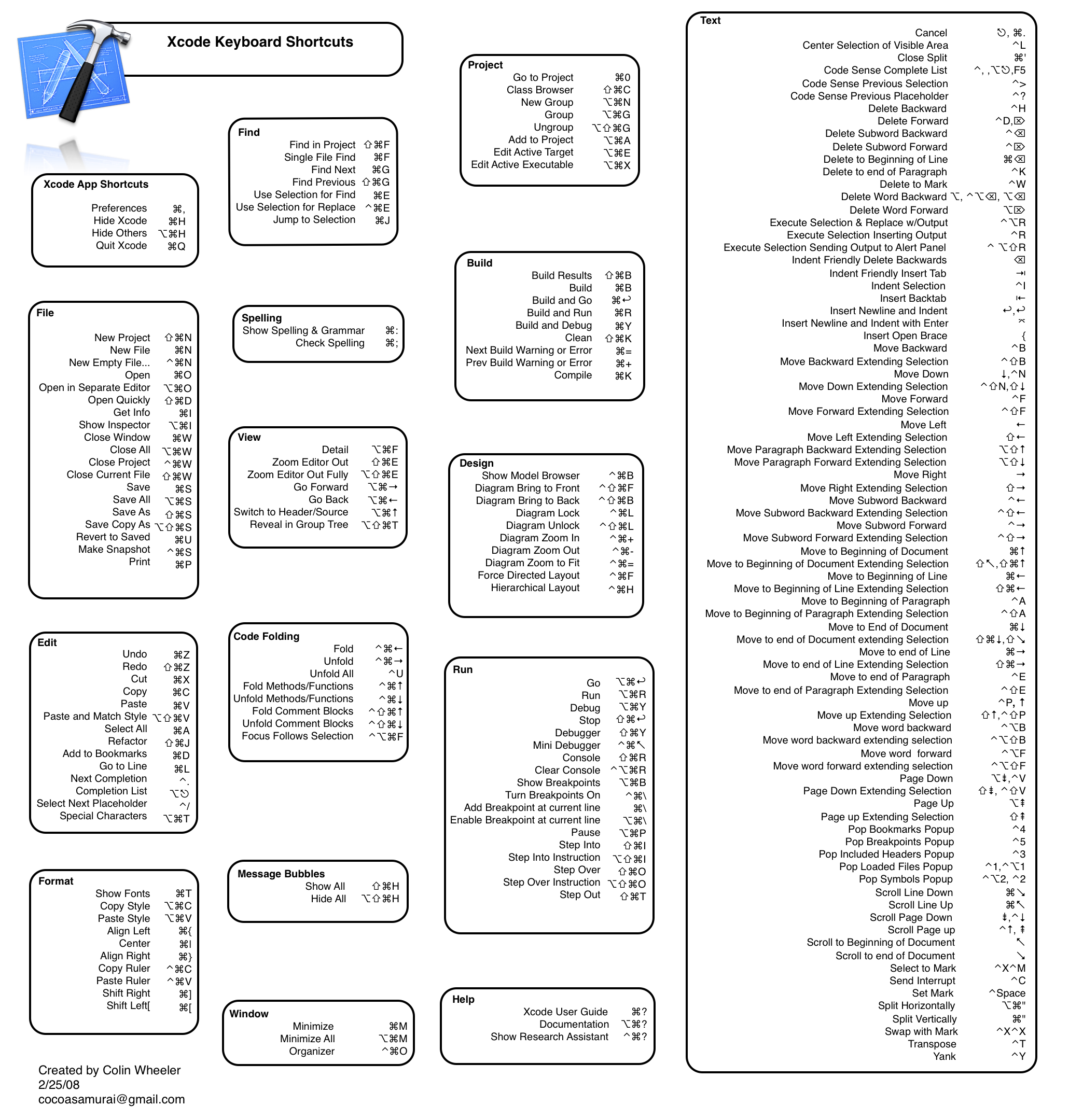 A macOS key map is available for Lazarus and can be set via Tools > Options > Editor > Key Mappings / Load a scheme which opens the Choose Key Mapping Scheme dialog. This preset scheme is based on the "macOS, Apple style" with some keys overridden (see below).