A note on the structure of this document: Because it is intended to help porting applications from TeeChart to TAChart the basis of this comparison will be TeeChart. We will list the TeeChart methods and properties, give a short description based on the help file or own experiments and experience, and discuss the differences to TAChart and how they can be resolved. If a feature is not available in TAChart we will often use short statements like "not available" without giving reference to TAChart.

In this section, we compare classes used by TeeChart at several places in various other classes.

Here are the properties of TChartPen: 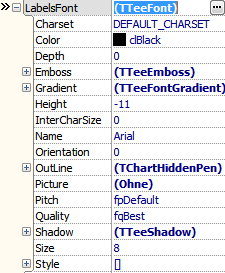 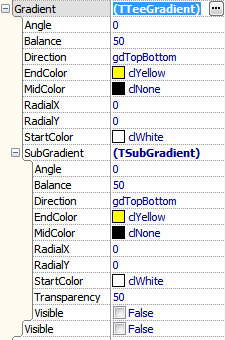 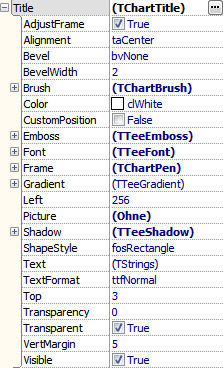 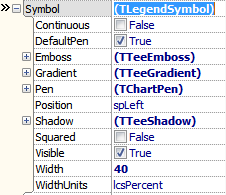 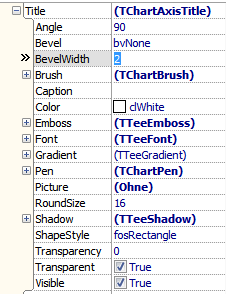 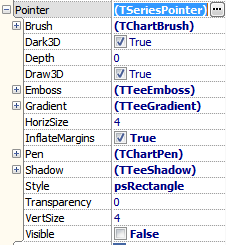 Only those properties will be discussed here which were not mentioned in TLineSeries.

TAChart does not support this series type. But it can be easily derived from TBarSeries by interchanging its properties AxisIndexX and AxisIndexY.