The DockedFormEditor is a package for Lazarus IDE that docked a form next to source editor unit. This package is shipped with Lazarus version 2.1 upwards. 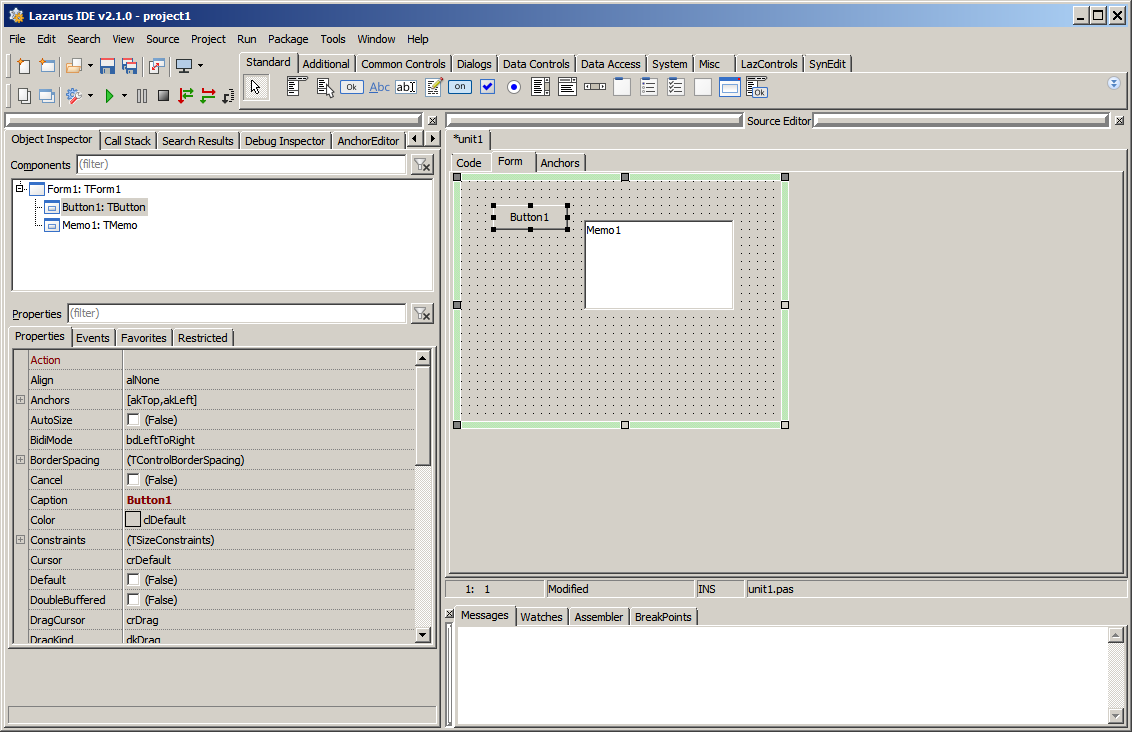 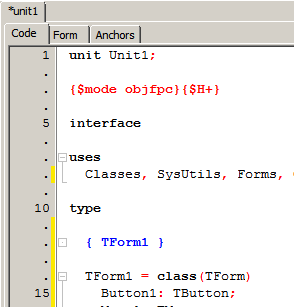 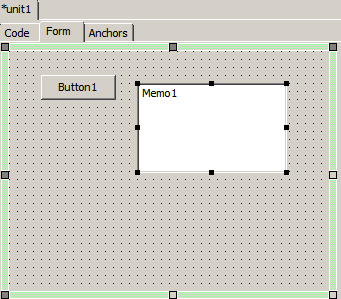 In the tab Anchors is a optional anchor designer. It's follows the WYSIWYG concept and your form react at runtime same as in designtime. It can be used simultaneously with default Anchor Editor.

You can snap a control border or point with the grips and anchor it to a next or parent control. Also sizing or positioning without anchoring are possible with mouse. With <Ctrl> + mouse you can change the border around a control. Constaints of a control are noted. Per popup menu a control can simply fixed on paranet or this fixing can be removed. 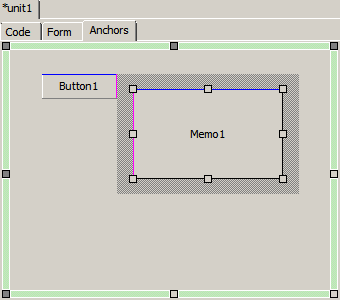