Difference between revisions of "MultiLog"

MultiLog is a log system that aims flexibility and low overhead at same time. As the name suggests, it can be used to log to several targets as a text file, a visual control or to another application. Adding new targets is as easy as creating a class that implement two methods, one being optional. MultiLog is in general similar to CodeSite, Smart Inspect, Overseer and EstLogger but it does not follow closely any of them, implementing many things differently and, even, having some unique features.

Starting from 0.5 version, the base library can be compiled with Delphi. 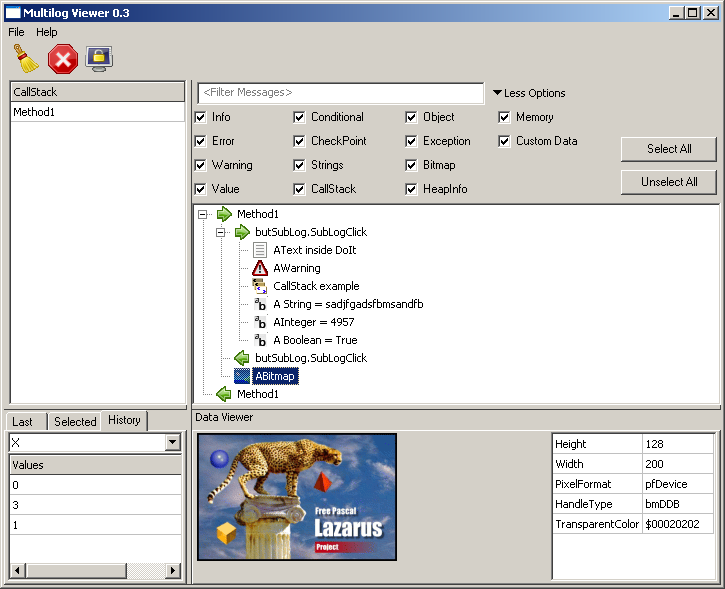