TAChart is the principal component of a TeeChart-like charting framework for Lazarus offered under an LGPL licence. It contains functions developed by Philippe Martinole for his TeleAuto project which were revised extensively by Luis Rodrigues when porting the Epanet application from Delphi to Lazarus. Alexander Klenin rewrote and expanded much of the code, and is its current maintainer.

Some TAChart classes and properties have been provided with FPDoc documentation (accessed via [F1] in the IDE). TAChart documentation contains high-level description of most of the concepts and features in TAChart. 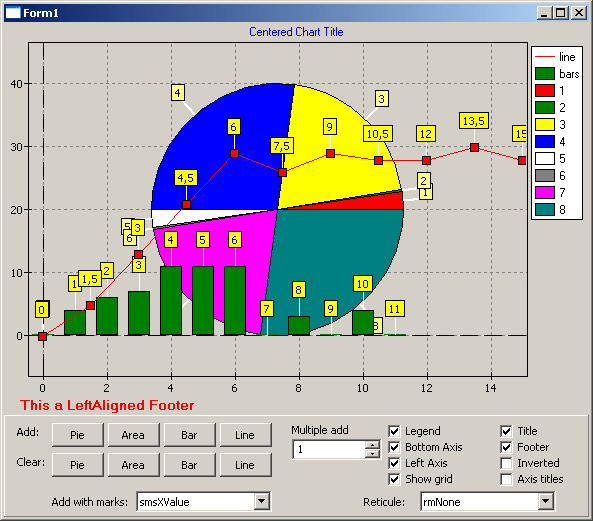