Difference between revisions of "TRadioButton"

is a component that displays a selection button that works with other Radio Buttons in a mutually exclusive way - if one button is selected, none of the others in the group can be selected. TRadioButtons are selectable from the Standard tab of the Component Palette.

To use a TRadioButton on a Form, you can simply select it on the component palette Standard and place it, with one click on the form.
It usually does not make sense to use a single radiobutton, because radiobuttons are intended to select anything. Thus, you can instead of individual radiobuttons also a TRadioGroup use. 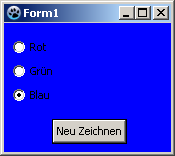 You can modify the previous example, by deleting the button and its OnClick event handler in the source code. You can create a new example but also easy: 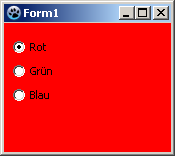 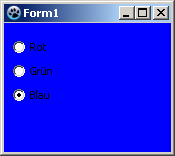 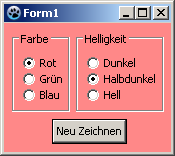 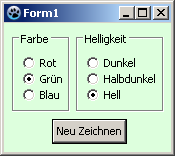