The original author is Jan Verhoeven who donated his Delphi components to the Jedi Project.

The components belong to JVCL components of the Jedi project. A Lazarus port can be downloaded from Lazarus CCR at source forge.

The JvSIM components consist of the packages

They depend on the general-purpose JVCL packages

The installed components appear on the tab JVCL of the component palette.

The JvSim components can be used for educational purposes to demonstrate boolean operations without writing any code. The basic work horse is TJvSimLogicBox. It acts like a pre-built toolbar from which the other components can be dropped on a window at runtime. 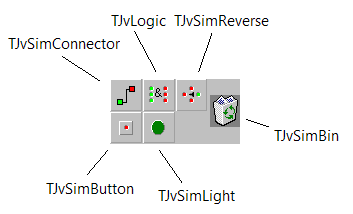 The icons of the subcomponents refer to

Let's play with the component and demonstrate the logical OR operation. 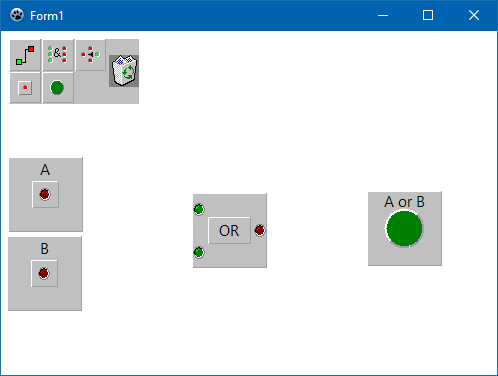 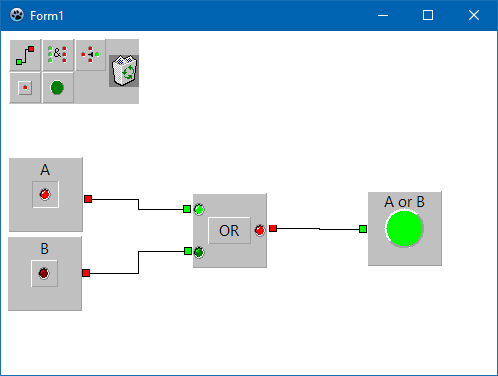