Warning: With the release of macOS 10.15 Catalina in October 2019, Apple has removed all support for the 32 bit Carbon framework from the operating system in favour of the 64 bit Cocoa framework. The last versions of macOS and Xcode which had the necessary Apple files to compile 32 bit applications was Mojave 10.14.x and Xcode 11.3.1.

Carbon is a macOS native API which descends from the old Mac OS APIs and is available since Puma 10.0. One thing to note, however, is that Apple has restricted Carbon to 32 bit applications only. To write 64 bit applications one should use the Lazarus Cocoa Interface

The Carbon widgetset is now the default widgetset under macOS. For installation instructions see Installing Lazarus on macOS. 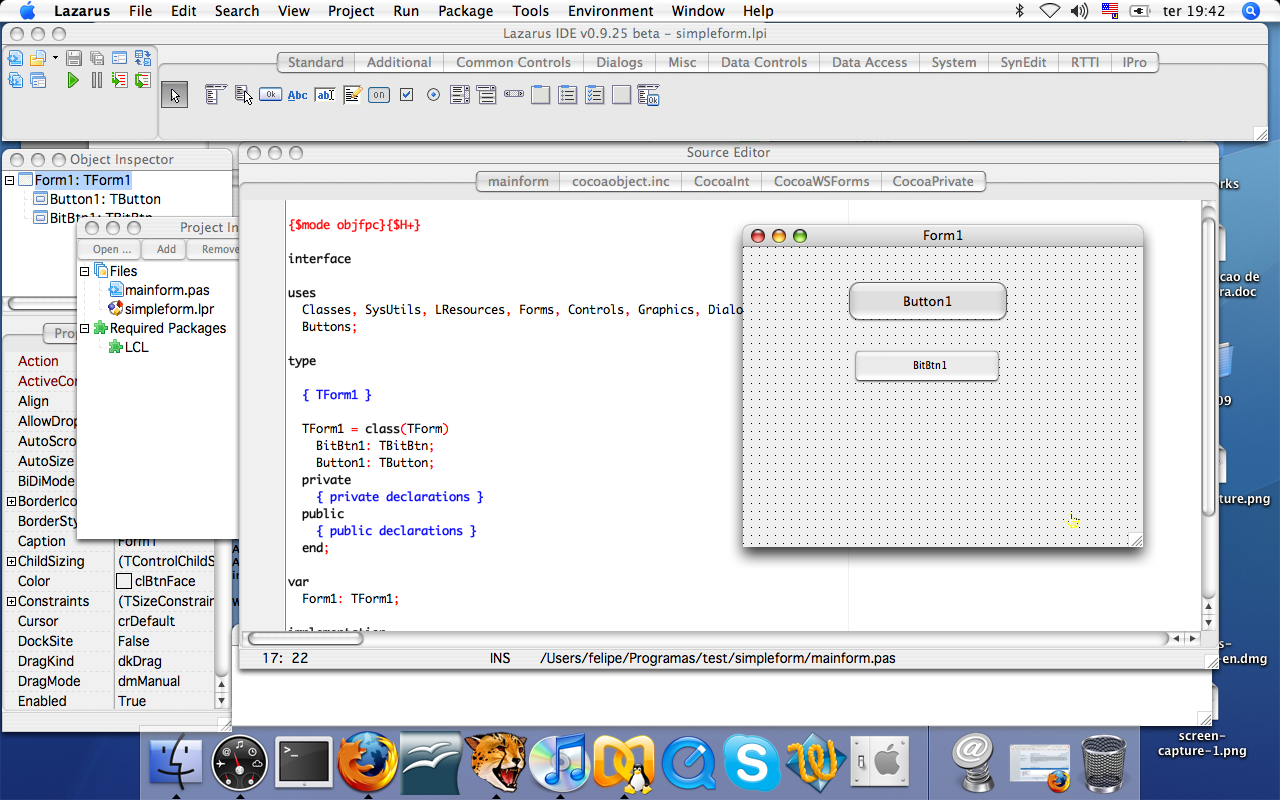 Since 0.9.25 carbon is the default widgetset for macOS, so the below is not needed anymore.

if you're getting an error

when compiling a project for macOS using FPC 3.0.4 you need: 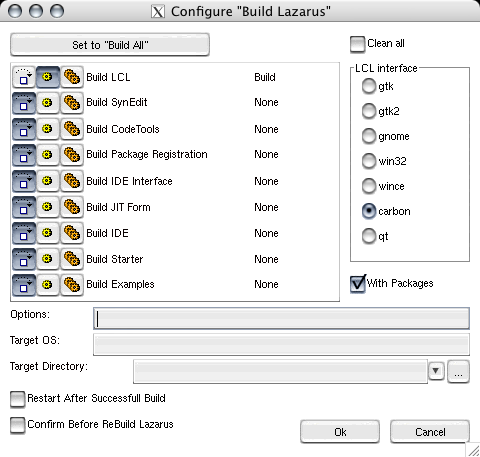 You should now be able to compile the project without errors. It will create an executable project1, but you cannot focus it. The reason is that macOS expects some hidden resource files.

Note for Leopard 10.5: As discussed in this forum topic, on Leopard you have to add the following linker parameters to your project:

Now you can start the program from IDE (checked option Use Application Bundle for running and debugging (darwin only)) or via its Finder icon or in the native macOS Terminal via "open project1.app"

Tip: There is also a script that creates an app bundle for a GTK executable at macOS Programming_Tips. You can modify it to use with a Carbon executable (take out the 4 instructions that start the executable with X11). A slightly improved version of this script for Carbon apps is also available for downloading from here.

Hiding a macOS app from the Dock 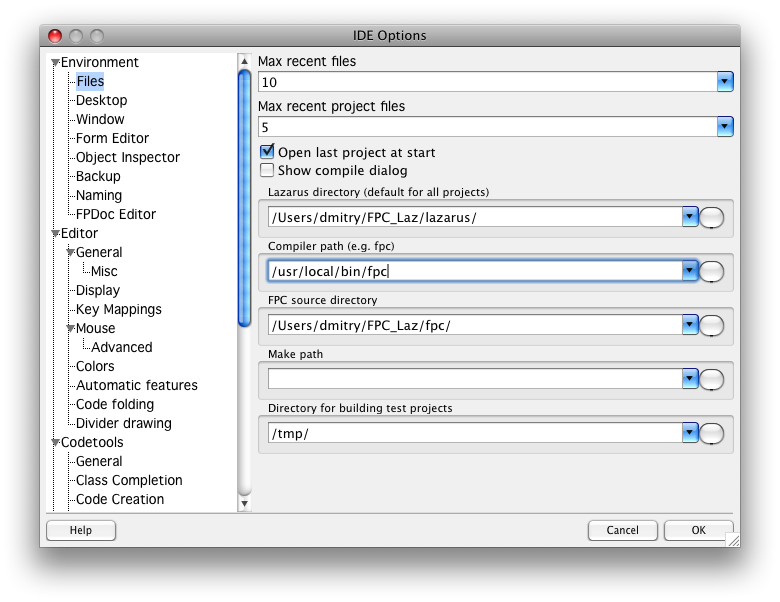 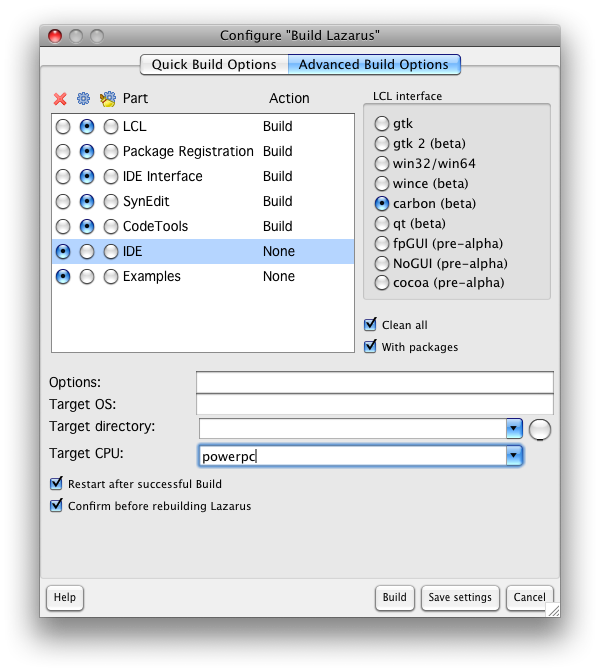 Lazarus will create an application tuned for a single CPU, for macOS this is either a PowerPC or Intel CPU. You may want to distribute your application as a 'Universal Binary', allowing users that may have either a PowerPC or Intel computer to use the program. To do this, you need to compile two versions of your application: one with PowerPC as the target CPU and one as Intel. Next, you need to stitch these two executables together using the macOS program "lipo" (installed with the other macOS developer tools required by Lazarus). For example, consider two versions of the application 'myprogram'. One in the 'ppc' folder compiled for PowerPC and one in the 'intel' folder compiled for Intel CPUs. You can then combine these two to a univeral application by running this command:

Carbon is considered a legacy API by Apple. This means that newer features and controls in macOS might not be available using Carbon API. Though it doesn't mean, that they cannot be used in Carbon application. It just requires additional work to access them. In C it means using Obj-C, but since Obj-C is not available in Pascal. In Lazarus you have to use the PasCocoa library. 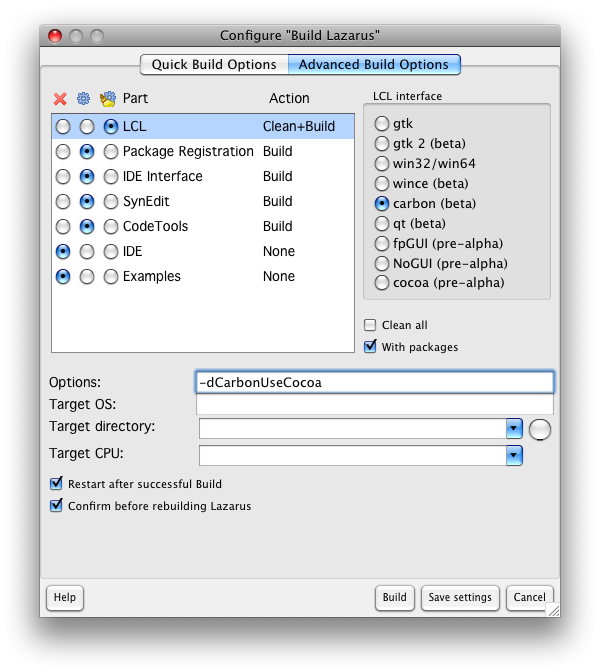