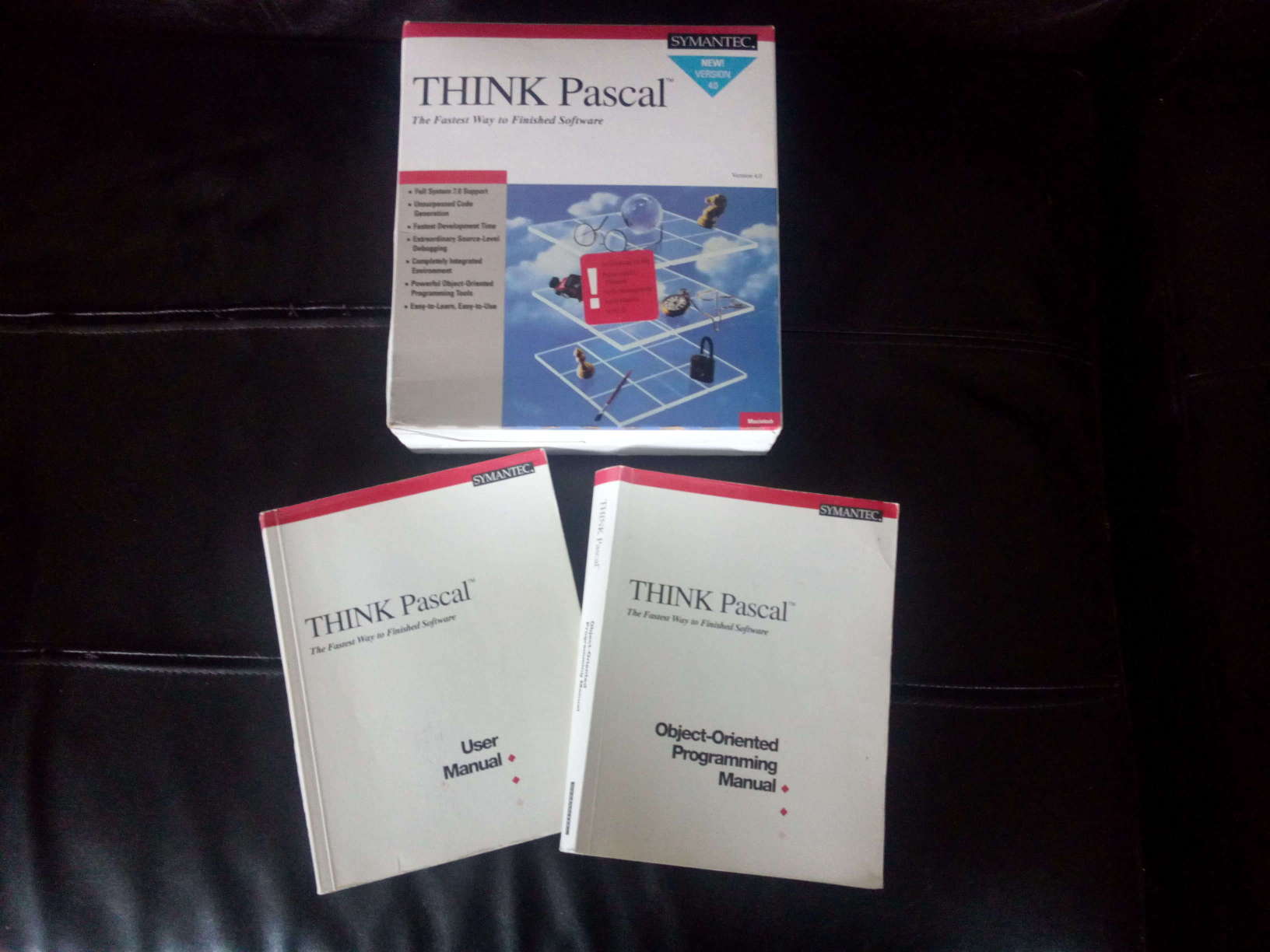 Released by Think Technologies in 1986 as Lightspeed Pascal and later sold by Symantec, THINK Pascal supported Object Pascal and ANSI Pascal Standard and was source-compatible with Macintosh Pascal and MPW. The last official update was released in 1992. THINK Pascal was discontinued in 1997.